Germany’s first hydrogen-based steel production plant via the blast furnace route is beginning operation in Dillingen. With the €14 million investment, Dillinger and Saarstahl are further cutting their carbon emissions while also creating the conditions for practical use of green hydrogen.

Ready for the transformation process

The new plant in Dillingen is the first in Germany that uses hydrogen as a reducing agent in the blast furnace in normal operation. This is accomplished by injecting hydrogen-rich coke gas. “We can further reduce our carbon emissions on the basis of this technology while gaining important experience in using hydrogen in steel production,” explained Martin Baues, Member of the Board of Directors for Technology. “The plant will enable us in the next step to use pure hydrogen in both blast furnaces.”

This means conditions are now in place for future operation of the blast furnaces, as far as technically possible, with green hydrogen. The precondition for this as well as for the complete conversion of our steel production to hydrogen – based then on other technologies like electric furnaces and hydrogen-based direct reduction plants – is the future availability in Saarland of green hydrogen in sufficient quantities and at competitive conditions.

Responsibility for the future

“Dillinger and Saarstahl adopted a future-focused strategy last year with the motto ‘proactive, carbon-free, efficient’. In the course of this, we also defined the specific steps for the complete conversion of our production to green steel,” Tim Hartmann added. “We are ready and eagerly awaiting the starting signal from the legislators. For the next major steps, reliable political framework conditions must be ensured in three areas: a fair foreign trade framework, support during the transformation and sufficient green energy at competitive prices. Our ambitious goal is to reduce carbon emissions by 40 percent by 2035. The political framework for this must be created during this year. The German government’s Steel Action Plan and the current German presidency of the EU Council provide the framework for this. Berlin and Brussels will have to demonstrate their commitment to the Green Deal by the end of this year. Time is running out!”

Independent of this, the companies are pushing ahead with further major energy efficiency projects and making sustained investments in the optimization of existing plants. Dillinger and Saarstahl, for example, have made environment-related investments totaling €70 million in the last two years.

Minister-President Tobias Hans: “Today's start of operation is an important signal for Saarland as a steel-producing region. This makes Saarland a pioneer in climate-friendly steel production. The new coke gas injection system is another important step toward carbon-neutral steel production. The production of green steel must remain our goal in order to strengthen the long-term performance and competitiveness of the German steel industry. This will require efforts by the federal government and the EU. They must provide the right framework conditions. The government of Saarland will be working for the interests of our steel industry in Berlin and Brussels.”

Economics Minister Anke Rehlinger: “The innovative technology in the new plant is a pioneering step toward a future of hydrogen-based iron and steel production. Resource efficiency and environmental protection go hand in hand here. So today is a good day not only for the steel industry, which is of vital importance in Saarland. The path to sustainable industry is, in fact, also an important building block in the fight against global climate change. We are playing a leading role in this respect.” 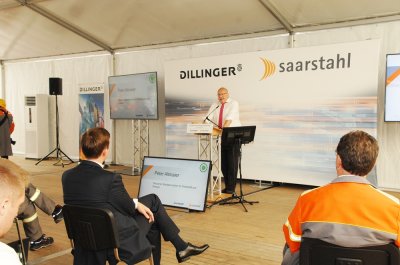 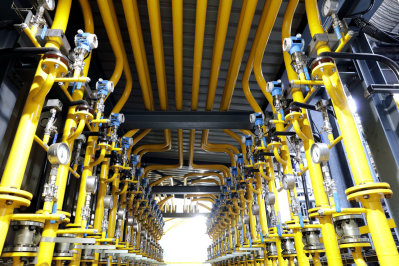 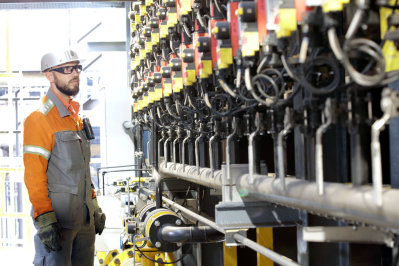